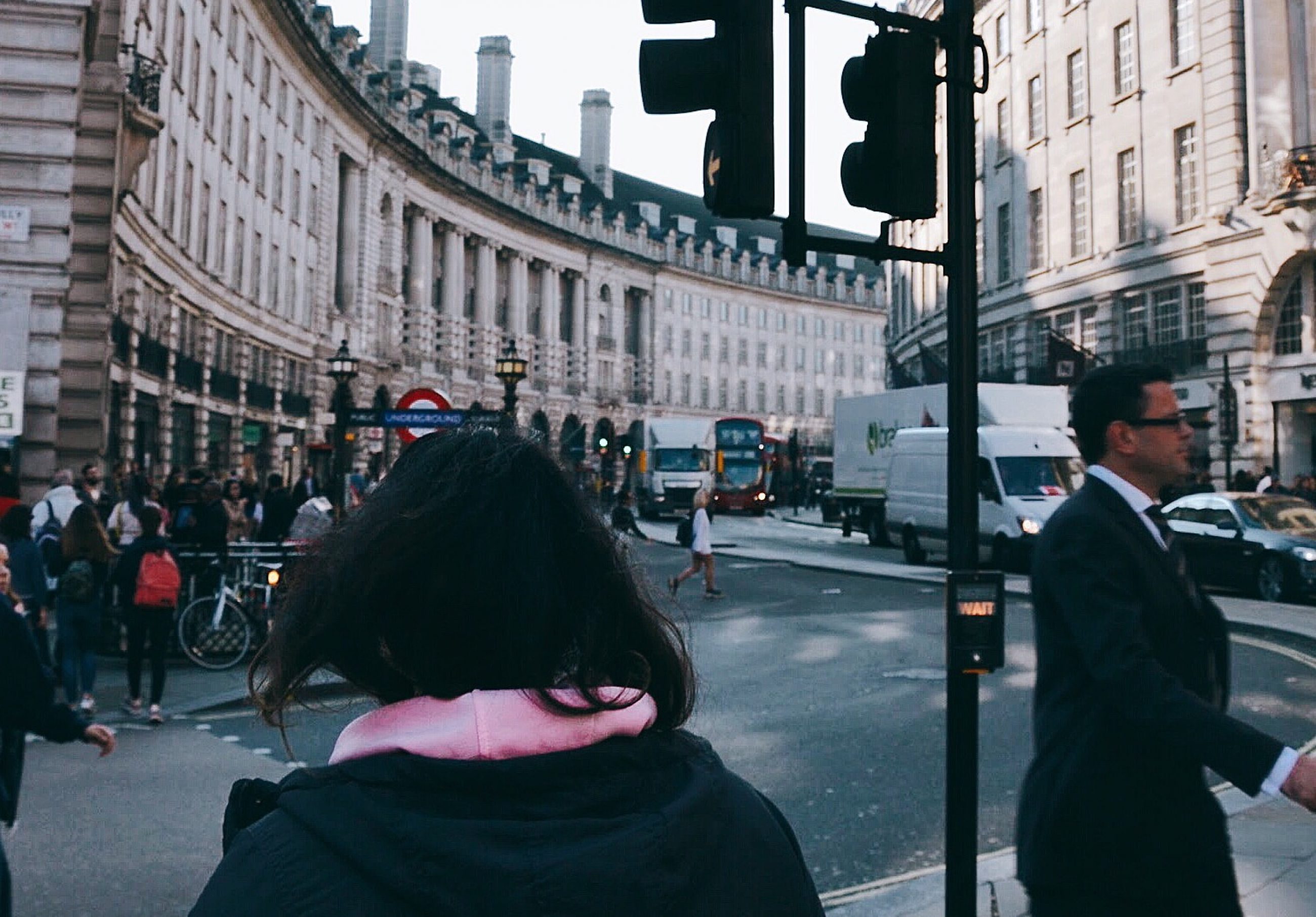 Going to Disneyland has always been one of those life-long, i’ll probably never ever get the chance to go there… dreams and if you told 10 year old me that I would oneday actually go to Disneyland. I would never believe you! But here we are! In the world of imagination, hopes and dreams.

Disneyland was not actually on my bucketlist however it was the one thing my friend wanted to do and I wanted to do Disneysea. So we combined the two together and got a 2 day pass and made our 10 year old dreams come true! And as Walt Disney says “Here you leave today and enter the world of yesterday, tomorrow and fantasy.”

First things first breakfast. I still didn’t like the breakfast bento boxes provided by our hotel… ergh yuck but free food. We caught an early bus out to Disneyland. Wore the same Disney Ears that we brought at Disneysea and created our plan of attack for the day.

Rush to get a fast pass first. Our list of rides we most wanted to go on was;

And a few other mountain-esque rides.

So plan: Obtain fast pass for one of said rides, then go on a different ride while waiting for fast pass times and carry on with the day in the exact same process as Disneysea.

Arriving at Disneyland, the line to get in was huge! I believe we waited nearly 2 hours trying to get in and arrived just before 9am. Was already really over it and tired of standing up for so long. However seeing the entrance after such a long time waiting in line… now that was a great feeling!

TIP 1 – GET THERE AN HOUR BEFORE GATES OPEN

Happy days – we are inside – we are excited and full of child like joy. Seeing Cinderellas castle for the first time was probably one of the most amazing feelings ever. I could feel my childhood coming alive, all my dreams becoming a reality and all of a sudden I believed that yes, it is true… anything is possible when you wish upon a star.

You get to walk around inside the Princess Cinderellas Castle and it was very much like the old 90’s Disney cartoon. It is very girly on the inside; so goes to show who wears the pants in the relationship, definitely not Prince Charming. You get to take photos in the throne room (which was all pink) however we decided not to line up for a photo on the throne behind girls that barely came up to our hips and we left.

Not much else to it really… don’t know what else I can say, except that. Tad underwhelming… but we are not loosing hope yet! Dreams can still come true here!

As soon as we passed through Cinderellas castle. We headed straight to our first ride… ‘The Haunted Mansion’. My friend being a lover of all things horror (cos she’s a sicko lol) was soo excited to say the least. Me on the other hand, not so much, twas shaking in my boots (sneakers). They have said this is one of Disneylands BEST RIDES! And after the great day we had at Disneysea – expectations were set very high!

TIP 3 – BRING SOME KIDS WITH YOU

I only awarded it an extra point because at least I got to sit down for a bit and rest after a long 1.5 hour wait time in queue. The audio is in Japanese so maybe because we couldn’t understand the voice over, perhaps that is the reason why we found it so boring. However all we did was sit in our cart and wheel around places looking at things. No big adrenaline rush, no drops… nothing at all. I think if we understood it we would have got a different experience. But it was so boring and not scary at all. At least just not for two 29 year olds hoping to get the scare of their lives while sitting in a cart surrounded by kids.

Now compared to the whole day, Splash mountain was the best and only highlight we had. Was a cute log ride and just before you think it’s finished… woaaah watch out for the huge waterfall at the end! Surprise! Down you go. Oh we laughed and laughed with our spirits soaring high once again.

TIP 4 – THE HIGHLIGHT OF THE DAY – SPLASH MOUNTAIN

Spirits weren’t soaring high for very long after that.

Tried to find our next ride…

Repeat this process for every single ride that was good for adults on our list and there you have it! Our whole day done before lunch time.

But what cheers islanders up the most?

We are two simple girls. We went on one exciting ride, got some great footage at Cinderellas Castle now all will be forgotten and forgiven if we eat something yummy here.

OOO what did we see? An Alice in Wonderland restaurant?! YES, LETS GO! Long line? Who cares! Then looks at the menu. You know in anime when they are extremely disappointed and their entire face drops and suddenly you see squiggly lines in the air? Yep that’s the two of us. It was over priced, nothing we wanted to eat (not for big appetites anyway) so we left. Dreams crushed, no delicious food filling our needy bellies.

Was not long after that when we stumbled across a parking lot just for prams. It was in this exact moment around 2pm in the afternoon we decided we were done.

We left the most Magical place on earth feeling depleted, we wished on our star and our dreams did not come true like Walt Disney had promised us our entire lives.

Bit like getting called into work. You’re excited for the extra money until reality kicks in. You’re at work now and its a shocking shift that creates a mental mind fart. Or like when you experience your first heartbreak from the love of your life. Its all butterflies and roses until boom! That special person tells you he/ she is going to buy bread and never returns. Leaving you lonely, broke, battered and bruised with a broken heart.

Ok that’s out of my system I am sure you get how we are feeling with our major Disneyland disappointment. Next!

Back in our hotel room still feeling quite depleted we decided to charge our technology and head into Tokyo for some retail therapy and a good night out!

Now why am I mentioning this last bit and why didn’t I just end this blog episode at the Disneyland sucked for us part? Because…

THE BEST HIGHLIGHT OF THE DAY

We went into Tokyo to do some shopping and by the end of the night we were hungry again.

During this whole trip I became obsessed with this green fanta (I miss you green fanta). The only place I knew where to get it from was Maccas. So we go to Maccas (sorry McDonalds for non-Australians) on the way back home.
I get my meal which was some sort of meal that you can’t get in Australia. But do I remember that? Not at all because the only thing I can remember is that green Fanta. That was my personal highlight.

Onto my friends personal highlight. Now she was even more hungry than I was, goes ahead and orders… get this… A GIANT BIGMAC meal!! You read that right! Not only is it a Big Mac but in Japan they literally double the bigmac and call it a Giant Bigmac and it was HUGE!

I didn’t think she would be able to finish it. So with my side-snake like eyes I was getting ready to laugh at her defeat with this Giant Bigmac. My brain full of ready comebacks such as ‘HAHA what a waste of money that was’ and other sort of great witty sentences. I had it all ready to go. But boom in the blink of an eye it was gone and she was… get this… she was wanting a snack! However we got kicked out because they were closing. So she remained peckish until we got to our hotel so she could get munchies from the convenience store.

So I will leave this episode on this last tip. And probably a great lesson that will help you in your everyday lives.

If you ever want to cheer an island girl up, all you have to do is feed her something yummy and see all her dreams and happiness flood back into her eyes. This is especially important if the ONE thing your bestfriend wanted to do was go to Disneyland and it turned out to be… not so great.

Please note – This was only our experience as two 29 year olds going to Disneyland. I do think it was high tourist peak season for them so I’m not sure why all the rides would be closed for maintenance. But this is just our own personal experience. Would we go again? Probably not. Would we try Disneyland in America though? You bet we would!

View all posts by minaahlaw